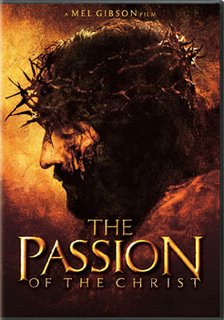 I never really understood the negative buzz about this film. The film is just about the last 12 hours in the life of a Jewish carpenter who was put to death because of the radical idea that the world would be a better place if people took the time to be nice to one another.

People say the film is overly violent and brutal... But honestly, crucifiction is quite a bit more brutal than the average root canal. Gibson didn't fictionalize what a crucifiction is like. He thoroughly researched it to make that aspect of the story that much more real.

Because there WAS actually a Jewish carpenter who was put to death by the Romans for the heresy of claiming he was the Son of God. The debate that exists today isn't over his existence. It's over whether or not he actually WAS what he said he was and whether or not he was actually resurrected 3 days after his crucifiction.

Frankly, the fact that a guy who didn't know me, you, or anyone else alive today was willing to be put to death in such a violent and painful manner because he believed he was absolving the world of sin is pretty admirable to me.

The vibe I've gotten from interviews with Mel Gibson about the movie is that he just wanted to show the human side of Jesus and the human side of the story. Previous film versions have significantly toned down the violent nature of crucifictions and in the Bible itself it's just a word. The Bible's description doesn't begin to convey the pain nor the actual (pardon my wording) passion of the act. I think that's what this film is supposed to be capturing.
Posted by Perplexio at 5:59 PM