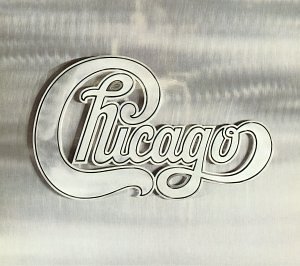 Once upon a time Chicago had balls. Their music hadn't yet been neutered by the Peter Cetera power ballads of the eighties. Their lyrics hadn't yet shifted from the political nature of songs like It Better End Soon, Someday (August 29, 1968), A Song For Richard & His Friends, State of the Union and Dialogue Pts. 1&2 to the saccharine bubblegum of Look Away, You're Not Alone, and one of the worst musical atrocities they've ever inflicted on their fans and listeners-- You Come to My Sesnses.

Listening to Chicago's latter day catalogue it's easy to understand why this legendary band, which has been elgible for Hall of Fame induction since 1992 still has not even been nominated, let alone inducted. But listening to their first three albums the rationale for their omission from the Rock and Roll Hall of Fame is far from justified.

At the time of its release producer, James William Guercio, in the liner notes of Chicago II implored the listener to take the time to listen to the album from start to finish as 1 complete piece of music, rather than piece-meal listening only to certain songs. His advice is not to be ignored, as this album is indeed best enjoyed as a single piece of music, with several "movements" much like a symphony.

Chicago's debut, Chicago Transit Authority, was recorded with all of the musicians performing in the studio at the same time. It gave that album a rather cohesive, and more of a raw sound. After the nightmare of recording 7 musicians at once for the first album, Guercio and the band opted to take the more traditional approach of each musician recording his parts seperately. As a result, one of the first things the listener will notice is that Chicago II is considerably more "polished" than its predescessor.

The album slowly builds through Movin' In, The Road, and Poem for the People. There's a bit of a crescendo with In the Country-- one of Chicago's best, and most overlooked songs. In it you hear the soulful vocals of Terry Kath, a fantastic brass arrangement, and evidence that Peter Cetera-- besides just having a voice that moistened many a ladies' panties in the eighties with his prom and wedding fodder, was-- once upon a time-- a damn good bass player.

Wake Up Sunshine has a Beatles-esque quality to it, it would not have sounded out of place being performed by the likes John, Paul, George, & Ringo. It's a sign that this band once had the creative and stylistic potential to carry the torch left behind by the Beatles in their 1970 dissolution.

Many casual listeners are familiar with Make Me Smile and Chicago's first stab at prom-fodder, Colour My World-- what they don'y realize are that both these songs are parts of a much bigger whole, the Ballet for a Girl in Buchannon. In interviews the band has admitted to being rather annoyed with their material being chopped up for release as singles but understood it was a necessary evil of the era. The entire Ballet is approximately 15 minutes long, much of the material is instrumental in nature and shows some true musical adventurousness. It also shows the chemistry of Chicago's original rhythm section-- drummer Danny Seraphine, guitarist Terry Kath, and bassist Peter Cetera. It also serves as a reminder that Chicago's horn section once acted as an integral part of their music as opposed to just an accent to help highlight their vocals and vocal harmonies, a role the horn section reluctantly accepted in the eighties.

After the Ballet is Fancy Colours, a song that plays like a rather colorful musical acid trip. The different instruments representing various different "fancy colours." Listeners with more trained ears may even notice that when Guercio was Chicago's producer, the instruments had a considerably more "layered" sound than after the band parted ways with him. Fancy Colours is a prime example of Guercio's style of layering the instruments.

While most die-hard fans and musical trivia buffs are aware of the story behind 25 or 6 to 4's cryptic lyrics, the various theories of drug references and acid trips, etc. are made more amusing when learning that the song is simply a reference to the time of the day-- 25 or 6 minutes to 4 am. For those, in the know I apologize for reiterating this, for those not in the know this is a song about writing a song. The songwriter (Robert Lamm) was suffering from writer's block and stayed up well into the night trying to write a song. When he happened to look at the clock it changed from 3:34 to 3:35.

After 25 or 6 to 4 the focus of the album changes from hard rock with horns and a jazz influence to the more classically influenced style of Prelude, AM Mourning, PM Mourning, and Memories of Love. Musically these songs are quite beautiful-- but they're also quite somber and melancholic about losing a love before her time. As much as I enjoy these pieces of music, they are a low point of the album and seem rather out of place in the context of the album as a whole.

It Better End Soon Movements 1-4 is a plea calling for the ending of the Vietnam War. It's a rather moving reminder that in addition to being more creative and musically adventurous, Chicago was also once far more political than they are today. A couple of other highlights of It Better End Soon is Walt Parazaider's flute solo (the 2nd movement), which is arguably one of the best rock flute solos outside of Jethro Tull's Aqualung, and Terry Kath's soulful wailing preach (the 3rd Movement).

The album closes with one of Peter Cetera's few songwriting contributions of the early years of Chicago, the ponderous Where Do We Go From Here? It makes for an excellent outtro to an overall delightful album.
Posted by Perplexio at 12:02 PM

I love this album. I was 17 when this came out and it was my introduction to the band. I was truly blown away.

Great review. I grew up listening to Chicago --old Chicago, true Chicago, not the 80s schlok -- and this is among the best. You have stirred up good memories for me today.

Admittedly, Chicago's 80s material is what caught my interest. But like a lot of other catchy "schlock" I realize in hindsight, that if not for Chicago's earlier material, my interest would have waned and faded.

It was their early material that held my interest and kept me coming back for more, long after I'd lost interest in their "schlock"

Hi! Young Chicago fan, here. I got this album for Christmas and I've been listening to it over and over and over and over and over *repeat about 50 times* again and I gotta say, this is my favorite Chicago album. From the first 5 that really got the album going to the ballet to the beautiful "mournings" to the 5 movements and the final track; this is what early Chicago was all about. RIP, Terry Kath.

I remember I was surprised when I heard for the first time Chicago II.
It's so different to "Transit Authority" I was quite shocked....
Then I said:" What happened to this band that a years ago played Poem 58 and now sings Make Me Smile??".
Simple....they changed style.
It's obvious no?
NO.....it isn't obvious for a band that was just at their second album.
Yes, because it seems their 5 or 6 record.
Usually musical groups start to play more comfortable after 3 or 4 years since their debut..........Chicago no, Chicago begun to play more commercial after only one year and it isn't so good.
Anyway, it could sound strange but I love this one. "Chicago II" is a masterpiece just like "Transit Authority" but different. I love all the tracks and I heard them all the times.....
Great vocals, great arrangements (by Jimmy of course) and definitely a wonderful sound....
Sometimes the fans forgot there's Peter's first songwriting in it....."Where Do We Go From Here" could be less famous as "If you Leave Me Now" but it's still a great track...... and what strange story behind!

I'm trying to learn how to play/fake a version of Fancy Colours for the coffee house. Sounds like its in C or F.