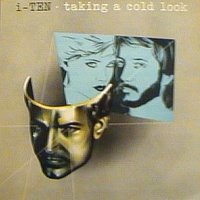 Steinberg and Kelly have quite an impressive resume as songwriters, having penned the hits Alone for Heart and Like a Prayer for Madonna among several others they had significant cred in the music industry.

Although MTV was still in its infancy, video had already killed the radio star... If this album had been released in the pre-image concious age of music videos, it very likely would have been a hit.

As it is, 3 of the songs on this album ended up being covered by other bands-- the aforementioned Alone became a hit for Heart, Taking a Cold Look was shortened to Cold Look and covered by Canadian hard rockers, Honeymoon Suite, and I Don't Want to Lose You showed up as a bonus track on REO Speedwagon's The Hits.

The original versions have a certain fire in them that, aside from Heart's Alone, is sorely lacking in the cover versions perpetrated by other artists. Steinberg and Kelly's vocals, while not extraordinary, are certainly of a professional calibre that warrants taking them seriously and giving them further consideration than they ended up receiving.

This album seems to go in and out of print.  When in print it's in the steep but reasonable $20 range (or used for only $12) when out of print I've seen it listing over $100!!  I recommend taking advantage of the opportunity to get this album while it's in print at a much more reasonable cost.  This album is a musical time capsule of all that was GOOD about music in the early eighties. For the quality of music on this album, it remains somewhat of a mystery to me why I-Ten weren't more well received at the time of this release. If the opportunity to listen to this lost gem ever presents itself to you, by all means open your ears, close your eyes, turn up the volume and enjoy!

Thank you for the information you have provided, I am really happy because this post with my knowledge increaseth, visit our website manuel