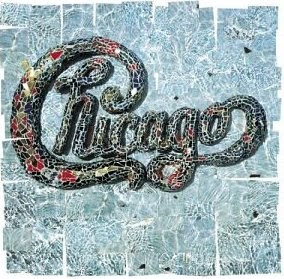 There are good ideas and then there’s an eighties remake of 25 or 6 to 4 complete with drum machines and other typical eighties synthesized sounds. In Chicago’s rather vast song catalog there are a lot of diamonds—the favorites like Make Me Smile, Just You and Me, If You Leave Me Now, Old Days, and Color My World; the fan favorites like Beginnings, Questions 67 & 68, Now That You’ve Gone, and Scrapbook… then in 1986 producer David Foster had what may have been the largest lapse in judgement in his career as a producer—he convinced Chicago to do an updated version of 25 or 6 to 4.

There’s that old adage, “if it ain’t broke, don’t fix it.” It wasn’t broke, and the remake totally fell flat. With all the synthesizers and drum machines the fire of the original was gone. And while Steve Lukather’s guitar solo might have given it a little more credence, a little more “polish” if you will—a polished turd is still a turd.

The rest of Chicago 18 is a valiant effort, but it’s missing something—and by something I don’t just mean the departed Peter Cetera who had left to seek the “greener pastures” of a solo career after the multi-platinum success of Chicago 17. Jason Scheff does a respectable job and has a pleasant but unremarkable tenor voice. Part of what made Chicago sound so Chicago wasn’t so much that Peter Cetera was a good singer, but more that his tenor vocals were so distinct. He had one of those voices that could have easily have been picked out of a police line-up. And while Jason Scheff could (and still can) certainly sing the songs and sing them well, there’s nothing about his vocals that make those songs stand out the way Peter’s voice once did.

But even if Jason did have that “distinct” voice, there’s still something else missing. A certain fire under the toes. With Chicago 16, the band was in dire straits (and I don’t mean they were bandmates of Mark Knopfler and Midge Ure). They’d been dropped by Columbia Records and while they’d had moderate success after the death of Terry Kath, they hadn’t matched the success they’d had with their first eleven albums. Chicago XIV had gone toilet paper (2-ply) or maybe—if you’re being generous it went plywood. Chicago 16 was make or break. The band knew it, David Foster knew it and you could hear it in the music. There was a fire in the music, desperation to it. And even as polished as it was you could still hear that fire—that energy. Following the success of 17 and despite the departure of Peter Cetera, the band seemed to be wresting on their laurels—merely going through the motions on Chicago 18. It’s not that the songs were of sub-par quality, if anything they had good material to work with (arguably, better than the material on Chicago 17). It’s that the performances were generally unconvincing and flat, a glaring contrast to both Chicago 16 and 17.

Will You Still Love Me


Other Chicago related articles
Posted by Perplexio at 8:53 PM

You are much nicer to this album than I would have been and you haven't exactly been glowing with your remarks. I do agree with you about the updated version of "25 or 6 to 4." The original one is perfect and this version is an afront to the memory of Terry Kath. What were Robert Lamm and the band thinking when they redid this great song???

Boys don't buy Chicago 18..............It's a bad album.
One of the worst Chicago ever recorded.
I didn't ever like Jason (see my post on the Danny Seraphine interview), He never, I mean NEVER, did something new with band .....he's just a Peter's imitator but without of any talent....... I'm sorry but it's true.
Probably, at today, they didn't understand what they lost with the departure of Peter and (a couple of years after this flat) Danny.
25 or 6 to 4 still remains a song included on Chicago II, no matter about that! Nobody could say it's also on Chicago 18......thank god!

Regarding Jason Scheff.....
Everyone has their favorites. I don't especially like Blink or Green Day, but they're successful. This was a harsh statement for a newcomer, however, he has proven his stability with this group.

Regarding what I said in my previous post about Jason.
Ok, he prove his stability with this group, but a thousand musicians could do what he did on this and other albums.
The same thing I should say about Tris... He is a decent drummer but he never had any good idea since he's with Chicago.
He and Jason just playing (or sometimes trying to) the same notes that Danny and Peter used to play 20 years ago, without any kind of distintive sound.
Many rock bands changed members over the years, I'm thinking about The Allman Brothers (who lost Duane in 1971) or Deep Purple and many many more, but all the replecements they took had something to say with those bands.
I'm very disappointed with Chicago because of the choose they did.
They fired Danny, well, they could bring in the band Carmine Appice or Ginger Baker just to have an example....
But no, they've choosen Tris, ok, let's go on with ballads and ridicoulus drumming. Tris really making me smile anytimes he trying to do the same "break" of Danny on the "Ballet" (expecially "Make Me Smile" and "Now More Than Ever), "Beginnings" and more.
And I don't want to speak about his solo on "I'm a Man".....
I know, I'm a little hard with these guys, but I think so, I'm very sorry....

I view Chicago 18 the way you view Chicago 19. I do NOT like this album. When I ordered it on eBay, I wasn't expecting much, and I was still let down. I had SOME expectation, seeing as that I loved Chicago 16 & 17 (besides the ballads), but this album fell totally flat for me.

One major problem for me: the cover art. The blue is sickly, and the reds and greens don't blend well. This may sound strange, but I tend to use cover art as some basis as to how I view albums.

There's a bit of an exception to that with Chicago 13, but I thought even that was more listenable than 18. 13 at least had Reruns, Life Is What It Is, Run Away, and a few good songs. on 18, the only songs I would call "listenable" are Niagara Falls, Over And Over, It's Alright, and Nothin's Gonna Stop Us Now. The only true "good" song on this album is It's Alright, in my opinion.