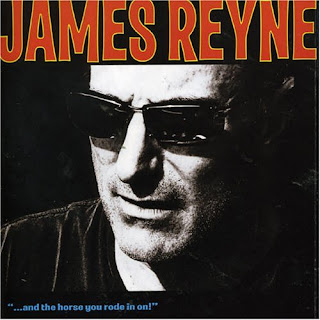 After the demise of his band, Australian Crawl, James Reyne, has for several years continued to enjoy success as a solo artist. From his pop-friendly early material to his more laidback and eclectic recent releases Reyne has continued to show himself to be an excellent singer/songwriter.

His 2005 predominantly acoustic endeavor is an aural treat. Featuring a mix of acoustic versions of some of his Crawl classics like Errol, Reckless, Downhearted, and Oh No, Not You Again along with acoustic versions of material from his own solo career. The album is rounded out with covers of songs by Townes Van Zandt, Dan Hicks, John Hiatt and fellow Aussie singer/songwriter Paul Kelly not to mention a cover of the English folk classic Mr. Frog Went a Courtin'.

The acoustic versions of his material differs considerably from the original versions. The already melancholy Australian Crawl classics, Reckless and Downhearted take on an even more somber vibe when stripped down to merely Reyne's vocals and guitar.

Perhaps the greatest treat of this collection is how Reyne's voice has matured and improved with age. The minimalist approach of these recordings allow his voice to really shine. While his vocals with Australian Crawl were quite enjoyable, this album shows that his voice, like a fine wine, has grown considerably better with age.

Whether you're already familiar with Reyne or have never heard of him and are merely on the lookout for something new-- if you're a fan of acoustic music, chances are you'll find yourself enjoying this exceptional collection.

Posted by Perplexio at 2:59 PM

Darin: This is another great find. Leave it to you to discover the best of everything the Aussie's have to offer.