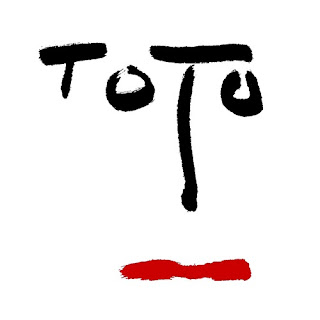 If reviews could be crystallized into single words "ambivalence" would likely be the most appropriate word to describe Turn Back.  The material is considerably more consistent in its quality than on 1978's Hydra.  However the production is somewhat muddy and at least one of the performances is a bit of a head scratcher.
Having heard a live bootleg of A Million Miles Away from 1996 sung by Steve Lukather not by Bobby Kimball as was done on this album, Lukather's voice was much better suited to the song leaving this listener wondering why Kimball was given the nod on the vocals on the studio release all those years ago.
There really is a lot to like about the music on this album, however given the muddiness of the mix (at least on the US released versions of the CD) it makes the album largely unlistenable and thus it makes the album largely frustrating.  Here are eight songs of quality varying between merely good and thoroughly enjoyable but being mixed so poorly the listener really has to struggle to enjoy the songs.
Given better production and mixing this album really could have been much much more and considerably better than it ended up being.  Luckily Toto would work out the kinks in the studio for their multiple grammy winning smash follow-up, IV, just a couple years later.

Kimball's vocals are easily better than they had been on Toto's first 2 albums and arguably even better than on IV, Lukather's guitar work and vocals are also easy on the ears the keyboard tandem of David Paich and Steve Porcaro is in top form and the rhythm section-- Dave Hungate on bass and the late Jeff Porcaro on drums-- fuhgeddaboutit.


Some of the standout tracks include If It's The Last Night, English Eyes, and the rather unusual love song I Think I Could Stand You Forever (note to the lads having trouble with the lasses-- this is NOT a line to use on a girl you may be interested in and thus this is not a song to be used to try to woo the object of your affections).
I've read that the Japanese release is a considerably better/less muddy mix but I've not heard it so I can't vouch for that.  If you find or get your hands on a better mix of this album chances are you'll thoroughly enjoy it.  And heck if you can get past an album sounding like it was recorded in one of the bathrooms in Grand Central Station you might even enjoy the sub-par US released mix of the album.

The cover art reminds me of Yoko Ono's art.

I've been meaning to ask...do you have a favorite Beatles Album? I'm looking for a solid CD (vs iTunes) to add to my collection. Was looking through your blog archives to determine which one you might recommend.

While not the last released album, it was the final recorded album (Let It Be was recorded before Abbey Road but not released until afterwards) and it was an excellent exclamation mark on a brilliant run. There are a few guys that post on Dancing About Architecture that are far bigger Beatles fans than I am and may very well point you in a different direction than I have.

Toto IV was such a mega-hit, though this one really doesn't garner much mention. Great review. Nice to see the overlooked discs get some attention.

Thank you I shall check the album and that other blog out!