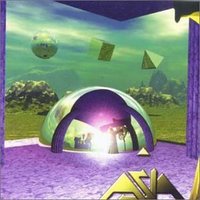 I'm a HUGE fan of John Wetton, but I really must commend Greg Lake on his performances on this CD. His vocals are so close to Wetton's that it's hard to believe that it's not Wetton.

There's a good reason that Wetton "replaced" Greg Lake in King Crimson and it's with much similar reason that Lake briefly "replaced" Wetton in Asia... their voices are so eerily similar it's amazing. Lake's British accent shows a little bit more in his singing voice but only if you're really listening for it.

Carl Palmer's drumming is fantastic as always, Downes keyboard playing is exceptional and Steve Howe... well it's Steve Howe... what more needs to be said?

The sound quality on this disc is supposedly superior to the Live In Hallowed Halls CD with Wetton on vocals, but I don't have that CD so I have no room for comparison.

Good song selection but I miss Daylight and where's Don't Cry? I have an mp3 of Lake singing Daylight that's absolutely fantastic... Why it didn't make this CD release is beyond me. This disc would get 5 stars if not for the omission of those 2 tracks. Still a solid performance.
Posted by Perplexio at 12:12 PM