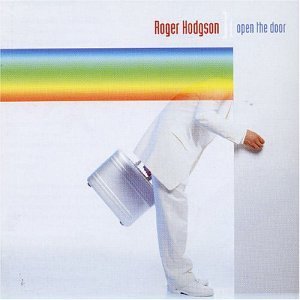 Roger Hodgson's output since his departure from Supertramp can best be described as "intermittent." Thirteen years elapsed between his 2nd studio release, Hai Hai and Open the Door. But this album has been well worth the long wait.

This album is easily the most Supertramp sounding album since Famous Last Words, the last album Hodgson did with his former band before embarking on his solo career. It's even safe to say that this album sounds more like Supertramp than even Supertramp sounds without Hodgson.

Open the Door was recorded in the French countryside and the influences of Hodgson's setting and his use of French musicians in his backing band give the album a style all its own.

At times Christopher Negre's sax playing is so startlingly reminiscent of John Helliwell and the keyboarding tandem of Hodgson and Arnaud Dunoyer de Segonzac hearkens back to the chemistry that Hodgson shared with Rich Davies.

This is one of those rare albums where there's nary a bad track. It is truly seamless in its exceptional quality. But with the striking resemblance to classic Supertramp, it does leave us begging the question, When is the reunion? Hopefully this album will "open the door" on the possibility of a Supertramp reunion.
Posted by Perplexio at 1:32 PM

I can tell I am going to be introduced to a lot of good music now that I know you! Supertramp...I can picture the cover to Breakfast in America :)