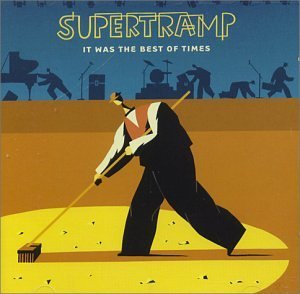 Known best for their 1979 Smash hit album, Breakfast In America, Supertramp reunited in 1997 after a long hiatus in the late eighties and early nineties.

The cornerstone of Supertramp, vocalists Rich Davies, Roger Hodgson, and sax player John Helliwell are largely responsible for Supertramp's signature sound. Unfortunately, this live set lacks the trademark falsetto of Roger Hodgson-- the voice of such Supertramp classics as The Logical Song, Take the Long Way Home, Goodbye Stranger, and Breakfast in America. In his place we find the Aussie, Mark Hart (of Crowded House). And try as he may, Hart is no Hodgson.

Still in the band are Davies, Helliwell, and drummer Bob Seibenberg. And despite the absence of Hodgson, this is still an admirable live set--doubling the size of John Helliwell's horn section is Tower of Power alum, Lee Thornburg on trumpet and trombone giving the horns on this live set a much fuller sound than was present on the classic Supertramp albums.

This is not a live set for Supertramp purists. If it's Hodgson's trademark falsetto that you seek, I recommend seeking out Supertramp's Paris album instead. Otherwise, this album is worth giving a chance. Rich Davies and company put forth a valiant and enjoyable effort. Davies voice is still in good form and the augmented horn section is a real treat.
Posted by Perplexio at 11:04 AM

These articles are fantastic; the information you show us is interesting for everybody and is really good written. It’s just great!! Do you want to know something more? Read it...: Great investment opportunity in Costa Rica