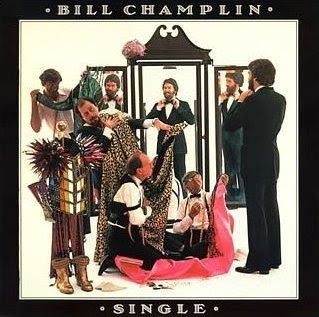 In 1978, Bill Champlin had left his namesake band to pursue both his solo career and his career as a session vocalist— the latter would provide him with one of the most extensive and impressive CVs in the music industry. His credits as both a session vocalist and songwriter read like a who’s who of the music industry of the late seventies and through the eighties as well. He even netted a couple of grammies (Best R&B single for After The Love Is Gone for Earth Wind & Fire in 1979 and Best R&B single for Turn Your Love Around for George Benson in 1982).

In addition to those dapper fellows from Toto, Michael McDonald of the Doobie Brothers and Daryl Hall of Hall & Oates contributed their voices for some catchy background vocals. And having future svengali producer David Foster at the helm in one of his first turns as producer certainly didn’t hurt.

While the similarities between the two albums are obvious, so are the differences. Where Silk Degrees had more of a jazz meets rock vibe to it, Champlin’s approach on Single was more of an R&B vibe with a bit of funk flavor to kick it up a notch.

The vestiges of Bill’s former band, The Sons of Champlin, can also be heard on songs like Yo Mama and Careless both of which bear the soulful funky horn-laden punch the Sons of Champlin had come to be known for. Indeed, Yo Mama is easily the strongest track on the album. That’s quite a feat considering that all of the material on the album is quite strong.

While Champlin and his producer, David Foster would take an (inevitably winning) gamble in 1981 by joining Chicago who were up against the ropes after getting dropped by Columbia Records, this album is much more in the late 70s blue-eyed soul vibe than its 1981 follow-up, Runaway.

As good as the album is, much like Scaggs Silk Degrees, it hasn’t aged well. There’s no mistaking the album was recorded in the late seventies. For some listeners that may be a good thing, for others not so much. But chances are, if you were or are a fan of Silk Degrees, you'll also enjoy this album.